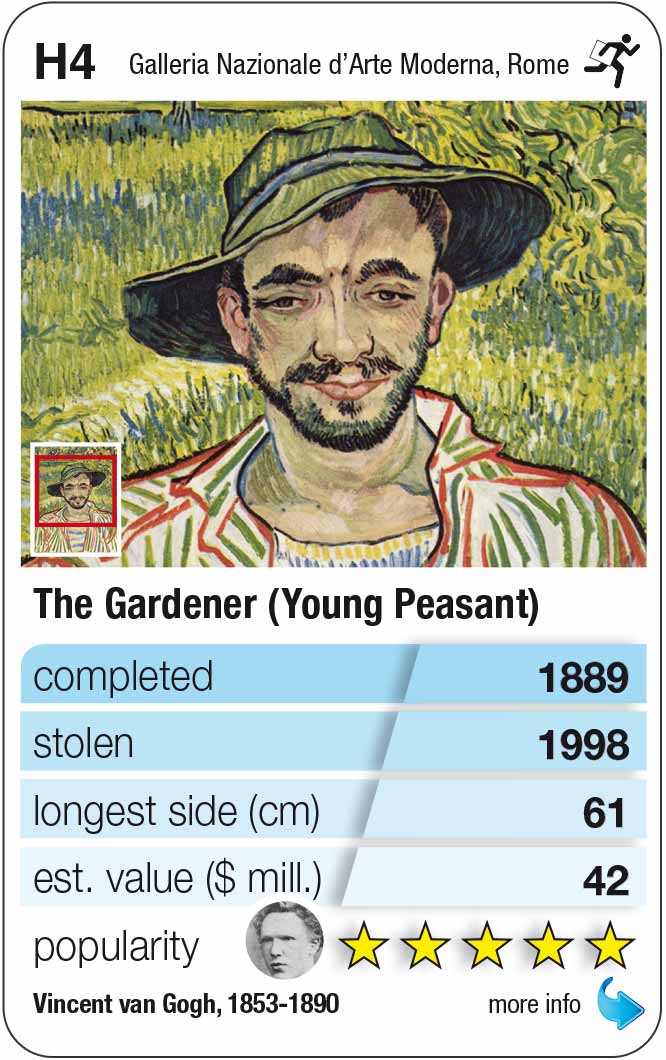 Vincent van Gogh's painting The Gardener (Young Peasant or Il Giardiniere) is one of over 850 well-known oil paintings by the Dutch master and co-founder of modern painting. Van Gogh created the work of art in autumn 1889 during his stay in the French hospital Saint Rémy. The oil painting The gardener has the dimensions 61 x 50 cm. On May 20, 1998 it was stolen from the Galleria Nazionale d’Arte Moderna in Rome. It reappeared seven weeks later and has been in the permanent exhibition of the National Art Museum in Rome ever since.

Description of the oil painting “The Gardener”

The portrait shows a young bearded man in nature. He is wearing a hat and a colorful shirt with red-green colors, including a shirt with yellow-blue colors. After 125 years, the fashion of 1889 could once again keep up with fashionable clothing - e.g. in an H&M collection. The young man, supposedly a gardener, looks down slightly and avoids the direct view of the painter. The painting technique is characteristic of van Gogh: intense primary colors with short and concise strokes. Vincent van Gogh is considered one of the pioneers of modern painting. 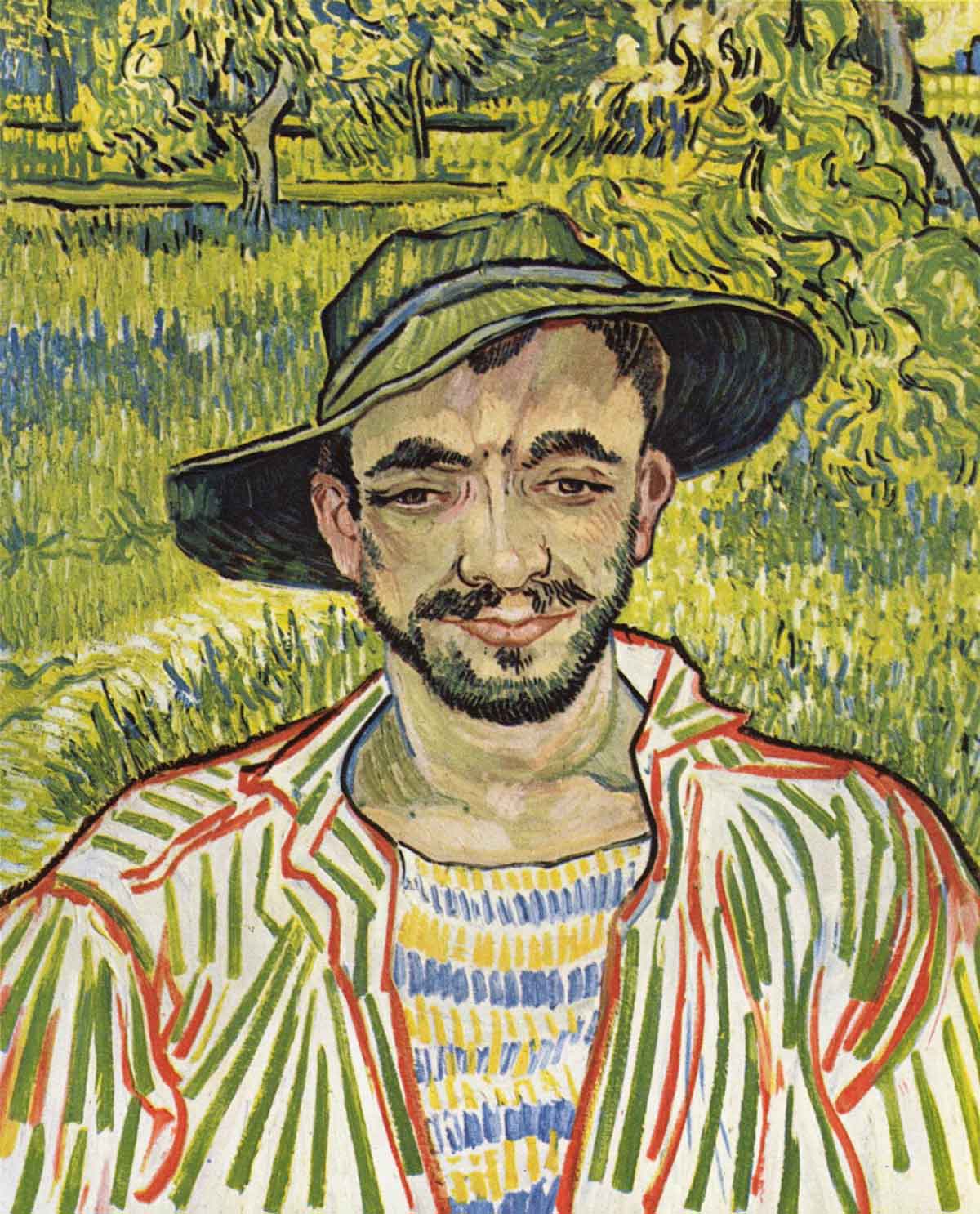 Famous art robbery: Vincent van Gogh's oil painting “The Gardener” was stolen from the Galleria Nazionale d’Arte in Rome in 1998. It reappeared almost two months later and is again in the permanent exhibition.

The Story of the Young Peasant Oil Painting

In 1910, the Florentine art dealer Gustavo Sforni acquired the painting in Paris and bequeathed it to his lawyer after his death. It was offered on the art market and the New York Solomon R. Guggenheim Museum showed interest in buying. However, the Italian government intervened and stopped selling because of national cultural interest. In 1989 the Italian government bought the painting for only $ 780,000. Since then, the artwork has been exhibited in the Galleria Nazionale d’Arte in Rome.

On May 20, 1998, several armed men broke into the Galleria Nazionale d'Arte Moderna in Rome and deliberately stole three paintings: Van Gogh's two works of art “Le Jardinier” and “L'Arlesienne” and the painting “Le Cabanon de Jourdan ”by Paul Cézanne. The total value of all three paintings was estimated at 60 million marks in 1998.

According to official reports, the crooks came to the museum late in the evening shortly before closing and overwhelmed, gagged and handcuffed two out of three female guards. A third was forced to deactivate the alarm systems and all surveillance cameras. Then the three women were locked in the toilet. The intruders ran in socks to avoid noise and traces. Then they calmly stole the three aforementioned paintings, the museum's daily income, a stack of tickets, the museum's surveillance video and left the building as normal from the main entrance.

Both of Van Gogh's stolen paintings are the only ones to be exhibited publicly in Italy. A day later there was a call to the press agency Adn Kronos, where one could, under certain political conditions, publish all three paintings again. Seven weeks later, the Italian police arrested six men in Rome and Turin. They found two of the three paintings under the suspect's beds. The police rule out that the client comes from the circles of the Italian mafia. Rather, it is a one-off action by a criminal group who carried out the robbery for as yet unsettled reasons. Two of the three female guards were arrested as accomplices.