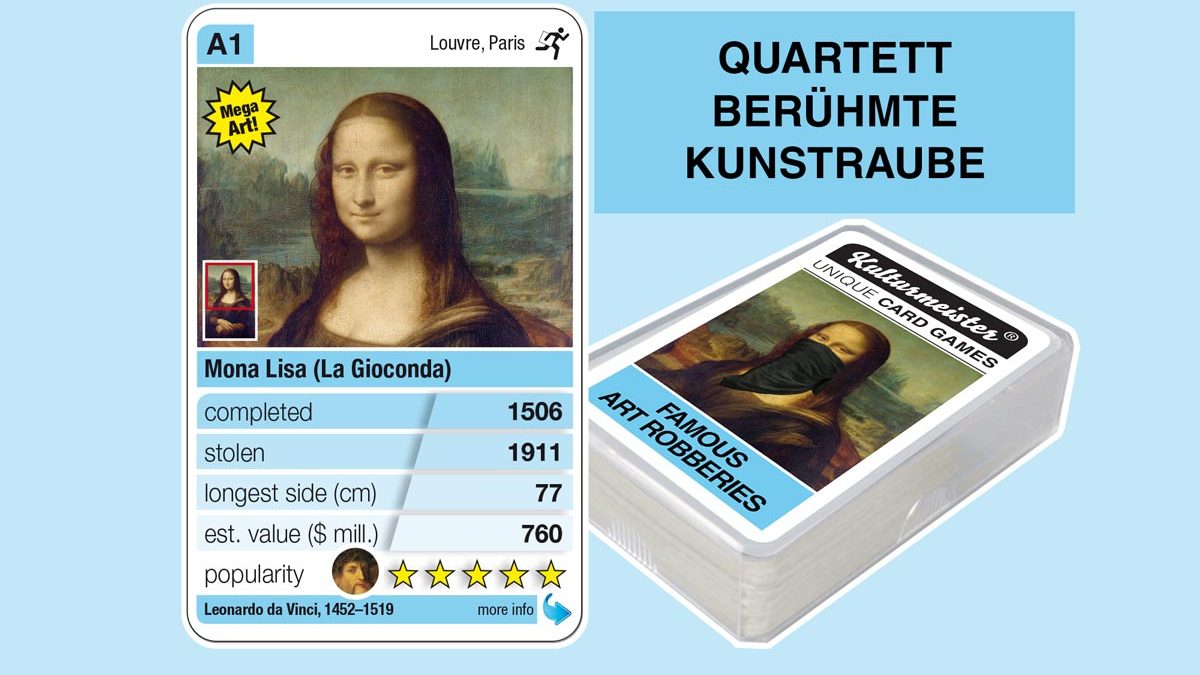 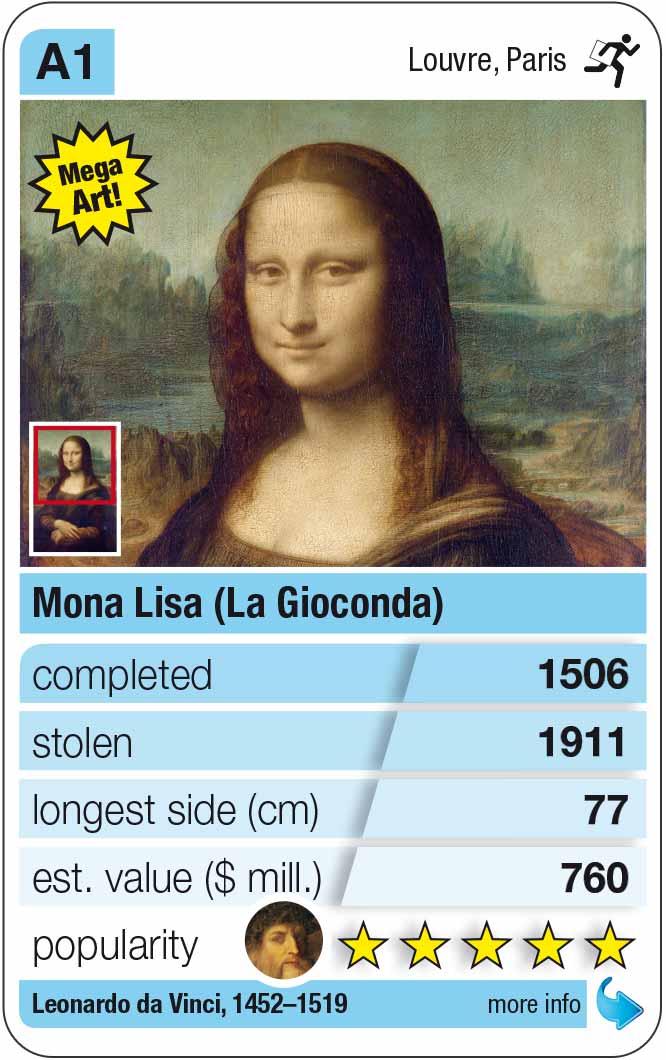 The exact date of completion of Leonardo da Vinci's Mona Lisa is not known exactly. According to Giorgio Vasari's writing, the artwork was painted for four years and remained unfinished. It is believed that it was built between 1502 - 1506. 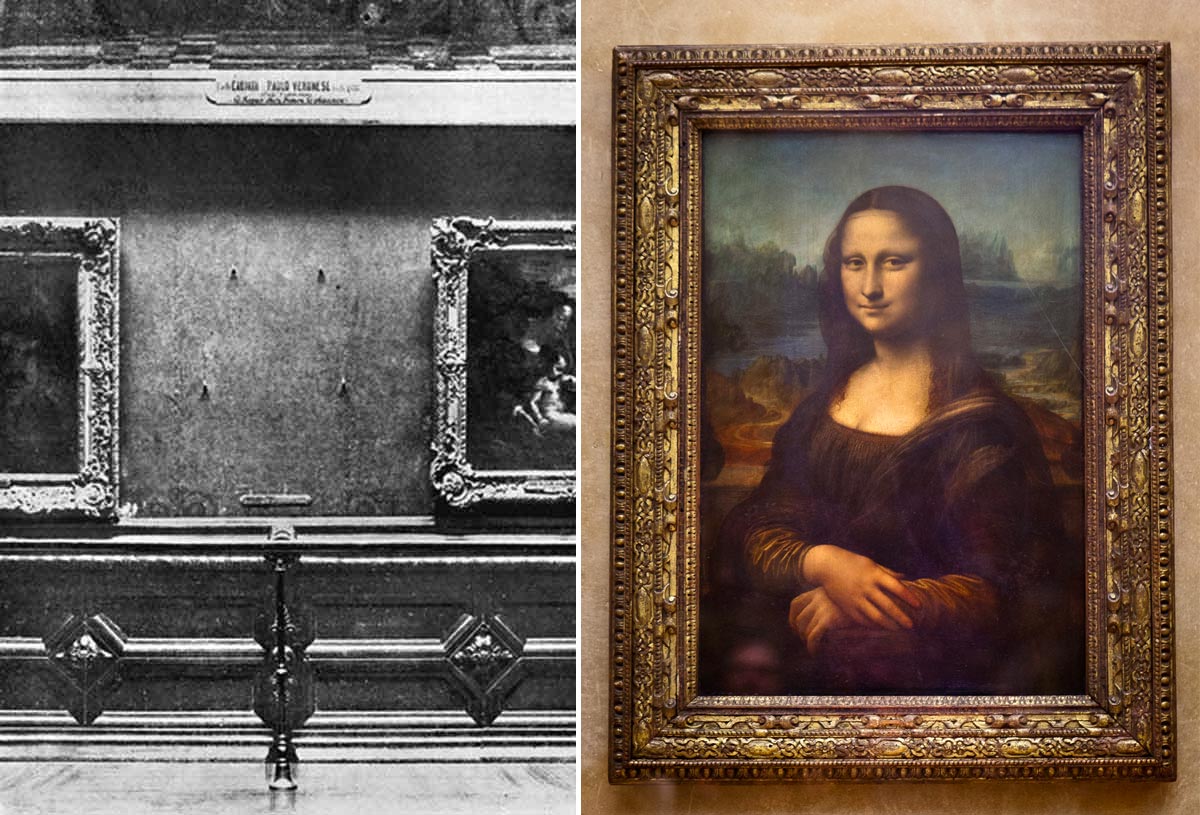 The robbery of the Mona Lisa: in 1911 the work was stolen from the Louvre in Paris. In the picture on the left you can see the place where the picture hung. It was only two years later that the most famous painting in the world reappeared in Italy.

The story of the Mona Lisa

Leonardo da Vinci is said to have sold his work of art with the now unknown woman to King Francis I shortly before his death. However, one cannot say with certainty. The latter kept it in his Amboise castle, later in the Fontainebleau castle. After the death of King Francis I, it was passed on to King Louis XIV, who kept it in the Palace of Versailles.

After the French Revolution, da Vinci's painting was exhibited in the Louvre in Paris. Curiosity: For a while it was hanging in Napoleon Bonaparte's bedroom. During the Franco-Prussian War 1870-1871, it was brought to the naval base in Brest for fear of German robbery, and later back to the world-famous Louvre.

The theft of the Mona Lisa

The painting Mona Lisa (La Gioconda) achieved media fame when, on August 21, 1911, it no longer hung in its place in the Louvre in Paris. An employee noticed the bald spot where the picture was otherwise hanging. At this point, photo reproductions of paintings were being made, and so it often happened that a picture did not hang in its usual place. Da Vinci's world-famous paintings were suspected in the photo laboratory. When you didn't find it there, you were aware that the artwork was stolen.

The police commissioner responsible, Lépine, informed the ministry that art theft was probably a "sabotage act by dissatisfied Louvre employees". This statement was successful in the media, and the Louvre already had the image of a “rubble dump for government-loyal supply cases”. The art theft rocked up to the political area, so the senior staff were fired. Finally, the Treasury took responsibility for the museums.

As one of the main suspects, Gauillaume Apollinaire was interrogated. He was a friend of Pablo Picasso and both were placed under police detention. A certain Gery Pieret is said to have often gone to the Louvre to find small works of art such as Steal sculptures. He then sold them on the art market. This scandal has gone down in history as the “L'affaire des statuettes”. Since Pieret was a friend of Apollinaire, he met Picasso and sold him a small stolen statue from the Louvre. Picasso and Apollinaire are said to have burst into tears during the interrogation and were released after a few days for lack of evidence.

The art thief is caught in Italy

The Mona Lisa remained missing for two years. The Louvre gave up finding the work of art when the real thief made himself known: the Italian glazier Vincenzo Peruggia was employed at the Louvre, stole the work of art during regular opening hours and took it to his Paris apartment. He then smuggled the painting into his Italian home in Florence. Two years later, he was arrested by the Florentine police in Italy when he tried to sell the artwork. Later questioned by the police, he stated that he was doing this out of patriotism. The Mona Lisa was painted by an Italian artist, so it has to be exhibited on Italian soil as well, according to his reasoning.

Peruggia's statement that he acted only out of patriotism is considered very unlikely today. It is more likely that there was a client who ordered the theft. When the Mona Lisa was missing, an Argentine client had the Mona Lisa falsified in multiple versions and sold overseas as an original, so the thesis. Only in 2011 did journalist and art historian Jerôme Coignard come up with another thesis that a certain Otto Rosenberg from Cologne commissioned to steal the Mona Lisa. Rosenberg was known as a petty criminal and impostor in Cologne.

1913: Mona Lisa returns to the Louvre

After experts confirmed the authenticity of the painting, a traveling exhibition was quickly organized in Italy. A short time later, the painting returned to the place where it was stolen in 1913. Since then you can marvel at Leonardo da Vinci's Mona Lisa behind bulletproof glass and a safe distance in the Louvre in Paris. The attraction has increased so much that there are signs that only lead tourists to this work of art.