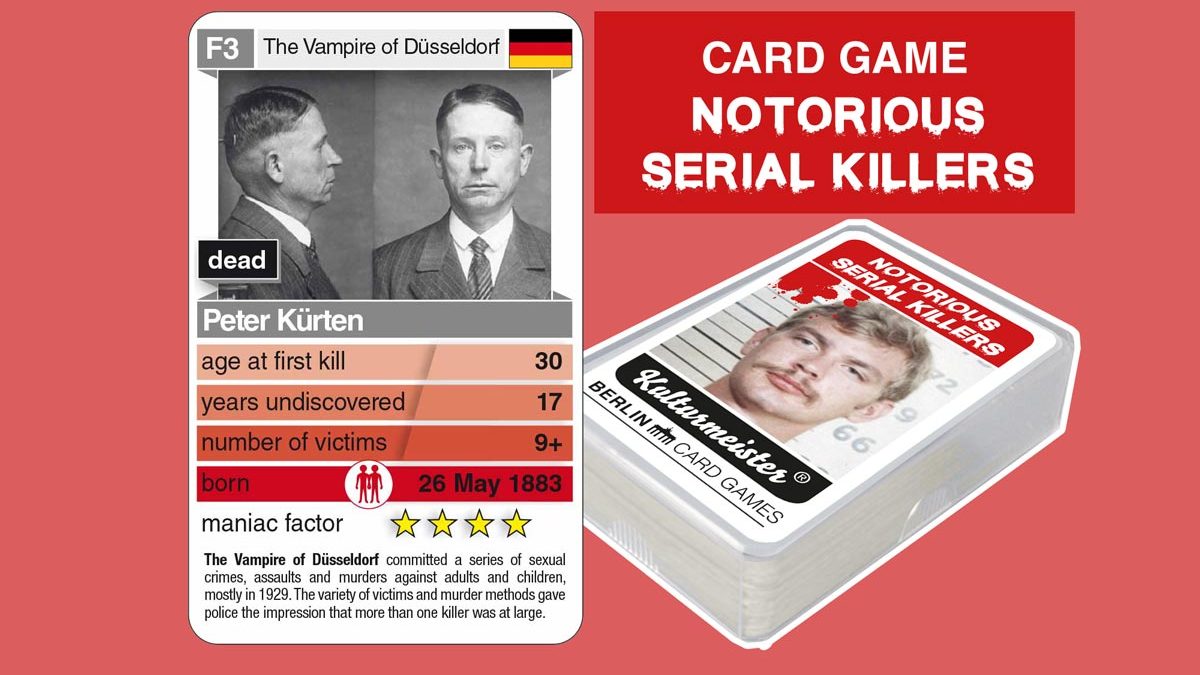 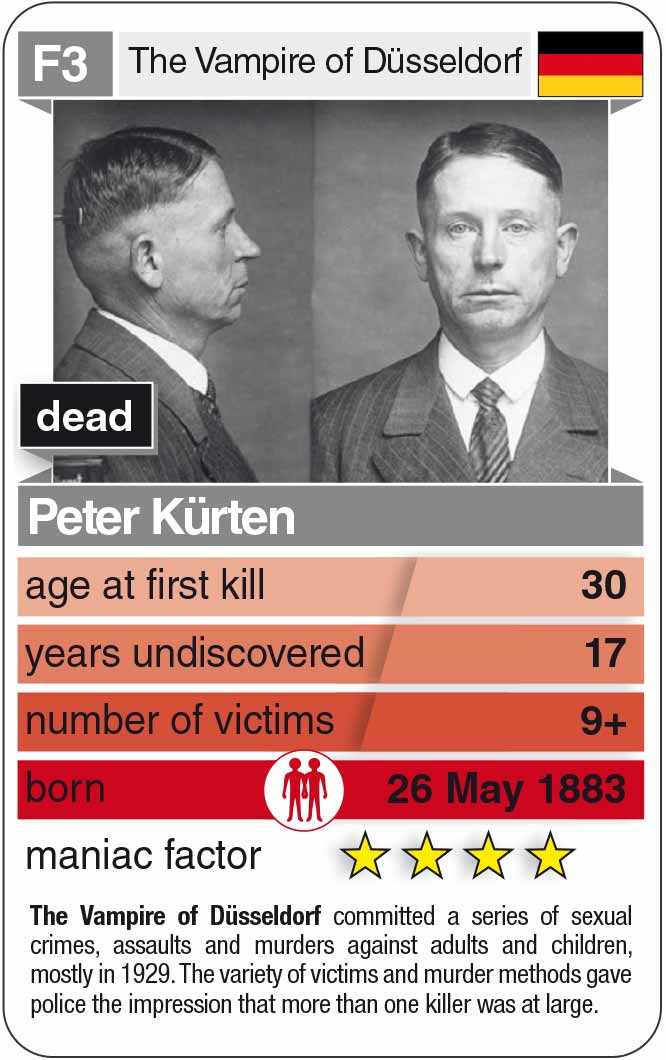 Most of his actions were performed by Kürten in 1929. Due to the different methods of murder and the variation of victims in age and gender, the police assumed that several different murderers committed the acts.

The serial killer drinks blood in and around Düsseldorf

Peter Kürten got his nickname "The Vampire of Dusseldorf" from the fact that he drank the blood from the neck wounds of his victims afterwards. He is also said to have chased a swan in Düsseldorf, beheaded it, and drank all of his blood. The case attracted increasing international interest due to the long search time and the bizarre, deterrent behavior.

Police shot of serial killer Peter Kürten, the vampire from Düsseldorf. To the right is the Hofgarten at the Düsseldorf Parkhotel. In December 1929, Kürten is said to have cut the neck of a swan and drunk his blood. Photo: Federal Archives

The first murder of the vampire from Düsseldorf

On May 25, 1913, Peter Kürten demonstrably committed his first murder. His first victim is the nine-year-old girl Christine Klein. After attempting to rape young women, commit violent abuse and theft, Kürten was imprisoned for the same year for six years.

In 1923 Peter Kürten married Auguste Scharf in Altenburg. She had a firearm for manslaughter. From 1926, Peter Kürten committed further raids, forged documents and attempted rapes, which led to his arrest again in 1928. His sentence was eight months, so he was released that same year.

In 1929, Peter Kürten demonstrably committed eight murders, the number of unreported cases is much higher. The number and frequency of the murders increased until his final arrest in May 1930. In addition, Peter Kürten committed several raids with intent to murder. When his victim Maria Butlies was choked by Peter Kürten, she reported it to a friend in a letter. The letter was given to a wrong recipient who went to the police with him.

Maria Butlies recognized Peter Kürten's house under police escort. Kurten was not at home at that time. However, his wife found out about the police visit and faced Kurten. When Kürten admitted the allegations, he also confessed to the other murders. His wife Auguste Scharf then turned to the police. Peter Kürten was arrested on May 24, 1930 and made no resistance.

The vampire from Düsseldorf "dined with the swans"

In the courtyard garden at the Parkhotel in Düsseldorf, Peter Kürten went to a swan to drink his blood. This inspired the Gothic band The Vision Bleak to the song “I Dined with the Swans”.